To live up to the name 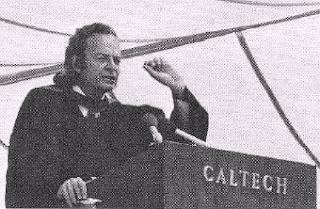 This blog is intended to be a gradually growing collection of well-found criticism of pseudo-science, more precisely of that kind of pseudo-science, Richard Feynman had criticized in his Caltech commencement address of 1974 as "Cargo Cult Science":

"In the South Seas there is a Cargo Cult of People. During the war they saw airplanes land with lots of good materials, and they want the same thing to happen now. So, they've arranged to make things like runways, to put fires along the sides, to make a wooden hut for a man to sit in, with two wooden pieces on his head like headphones and bars of bamboo sticking out like antennas - he's the controller - and they wait for the airplanes to land. They're doing the everything right. The form is perfect. It looks exactly the way it looked before. But it doesn't work. No airplanes land."

By pointing out the biggest mistakes and shortcomings of this pseudo-scientific "Cargo Cult Science" I do hope that it will be possible to develop both strategies to avoid future pseudo-scientific activities as well as new methods and ways of thinking that will stimulate current science to proceed to new, more complex and more integrated scientific paradigms .
Posted by Cargocult Critic at 2:10 AM